Posted on December 13, 2013 by rory
In all 2013 was a good year. The weather was good which made the fishing good and we had very few cancellations. One of my regulars again features in the ‘big fish’ dept., is young David Farrelly a member of the Leinster Angling Team. 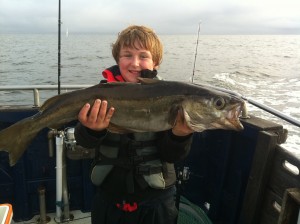 Another feature this year was the amount of whales & dolphins we saw around the Blasket Islands, the rarest were Risso’s Dolphins, we saw a pod of them heading north through the Blackhead Sound. And speaking of wildlife, Ed Carty and his Birdwatchers had a two successful days 4 mile north of the Tieracht Rock, with a lot of sightings. 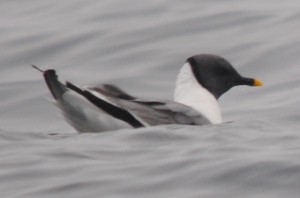 Other photos show how a lot of lads and lassies enjoyed their very ‘first day’ fishing. 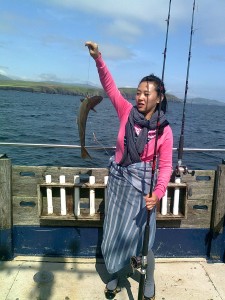 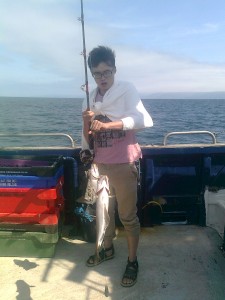 On one of our last trips we had an amazing day. The wind was NE F5 breezy so we skirted along the land towards Slea Head, here we fished for a while with flurries of fish mainly Pollack and Coley with the occasional Mackerel. After lunch the wind died a little so we decided to fish the Wild Bank. On our way out we came across a large mark on the fish finder/sounder. We stopped and I asked the lads all from Killarney area, buddies of G who runs the Killarney Angling shop in the Innisfallen Mall (Big Plug !) area to try the mark. I was amazed at the number of Herring we were hooking along with small Mackerel. But the wind got up again and it made fishing uncomfortable so the lads asked to go inshore again. On the way in we decided to stop at a well known mark, the Stone House. This was again amazing and one of the biggest Cod I saw all week was hooked. 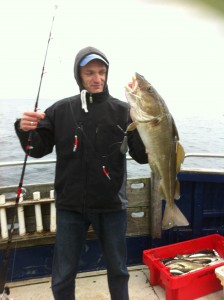 The big Cod, what did it weigh ?

The day produced a number of Ling, Cod including the Big One good Pollack and loads of Herring. One of the guys brought smoked fish for lunch and I cooked fresh Mackerel, what a great day. 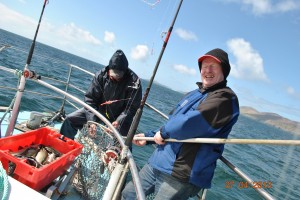 Me with the hand net.

The lads cleaning the fish. 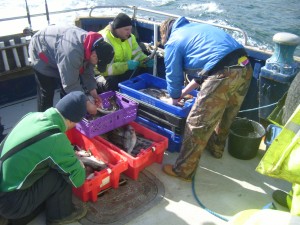 As I sign off although maybe not yet I was given a bit of good advise recently, Never get caught between a rock and a hard place to get out from !!! 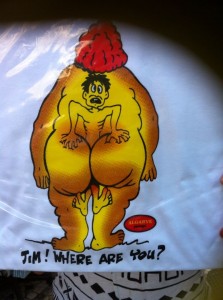 Dont get stuck on the bottom !!!